Hi, glad that you are here!

I’m Lisa, the person behind immunoloco.

Since May 2018 I am a state-certified naturopath, since 2019 a certified fasting counselor and in 2020 I completed my training as a hypnotherapist and hypnocoach.

I am a strong believer in lifelong learning and I am still devouring medical literature and scientific studies. My knowledge helps me to better deal with my own illnesses and to constantly develop as a therapist.

Among other things, I am vice-chair of the Association for the Promotion of Allergy and Endoscopy Research in Humans VAEM e.V. and I am an active member of MCAS Hope e.V Germany.

I was a guest speaker on NSAID intolerance (salicylate intolerance) at the 2nd Endoscopy and Allergy Congress at the Waldkrankenhaus Erlangen. Furthermore, I co-moderated the patient-centered track of the 4th & 5th Allergy and Endoscopy Congress in October 2020 & 2021, which was broadcast online.

I want to create awareness for people with chronic, invisible illnesses, and encourage fellow sufferers. I write about living and obstacles with chronic illness as well. (If you would like to join in, feel free to contact me). I am also available for presentations, speeches and coaching.

In October 2020, I opened my own practice focusing on autoimmune diseases, hormonal disorders, allergies, and mast cell diseases.

TO MY PRACTICE
I am really very satisfied with the work of Ms. Dostmann. She has a comprehensive knowledge of mast cell and salicylate problems and really takes a lot of time to get to the bottom of various symptoms. Since many doctors do not have a sound knowledge of histamine, I am really glad to get help from Ms. Dostmann. I can only recommend her!
Julia M.
-patient-
Hello Ms. Dostmann,
I would like to thank you very much for the appointment with you.
I felt taken seriously with you for the first time since I became ill.
That is an indescribable feeling! Thank you very much!
B.F.
-patient-
Have recently visited the practice, as I am currently undergoing a dietary change. I was curious because you often get different advice. However, I was convinced from the beginning of the expert advice from Ms. Dostmann and felt well advised all around. I also found it pleasant that Ms. Dostmann was open to questions and took the time to answer them in detail.
Lennart K.
-patient-

I believe in science and evidence-based medicine and I have developed a strong interest in the research of lifestyle impact on health and the course of many diseases. I believe it is best to adjust one’s lifestyle and diet to best support one’s body, especially in the case of MCAS and autoimmune diseases.

Therefore, immunoloco is my baby. I want to share knowledge and experiences about living with an immune system gone crazy and explain medical backgrounds. As I frequently collaborate with other health professionals, you will find articles of guest authors as well on this website.

Dr. med. Volker Schmiedel (MD): “Autoimmunopathies – what to do for patients with MS, rheumatism, Hashimoto’s disease and neurodermatitis”

annual attendance of the Endoscopy and Allergy Conference, Waldkrankenhaus Erlangen

Panel discussion: ” Get out of the crisis – whether stroke of fate, illness or pandemic – our natural resistance helps us to overcome crises” – 5th Allergy & Endoscopy Conference, Erlangen

Scholarship holder of the Federal Ministry of Education and Research and the Private University PFH Göttingen (Deutschlandstipendium).

While studying for my BSc in general management, it became more and more apparent, that my immune system behaved somewhat differently from that of other people, giving cause to all sorts of problems which more often than not left my doctors puzzled. Around that time, I found myself more and more fascinated by the complexity of the human body, especially the inner biochemical and physiological workings and I seriously considered switching to study medicine.

However, my immune system had a mind of its own and after a nice and sunny vacation, it decided to cause havoc and I found myself confined to my bed for six months.

I was lucky that I managed to complete my Bachelor’s degree successfully beforehand, but the career that I dreamt of now seemed unachievable, considering the constraints my body kept imposing on me.

Nobody really knew what kind of disease I had, even though the symptoms were severe enough to keep me confined to my bed for months. Had it not been for an attentive nurse who helped me to find a caring and experienced physician, who diagnosed me and took over my treatment, I might as well have died.

The aphorism “When you hear hoofbeats behind you, don’t expect to see a zebra” Is widely known in medical circles. Coined by professor Theodore Woodward, Medical School University of Maryland in the late 1940’s it certainly has its merits.

but the downside is, that if you really happen to have one of those rare “zebra diseases”, finding appropriate treatment can be very challenging and the way until the correct diagnosis is established can feel like an odyssey.
At this point, I like to extend a huge “thank you” to those doctors and therapists, who have chosen to work tirelessly for us “zebras”!

In 2015, I was diagnosed with autoimmune hypophysitis, an inflammation of the pituitary gland caused by my own body attacking itself. This gland controls – among other things – thyroid and adrenal functions as well as sex hormones. Only later it became clear, that this was not an isolated problem but was actually part of and associated with a much larger pattern of other autoimmune diseases.

A year later in another relapse, it became apparent that I had suffered from Systemic Lupus Erythematosus (SLE) for quite some time without this being appropriately noticed. Additional diagnoses added even later included Samter’s disease (AERD) and Mast Cell Activation Syndrome (MCAS) which finally explained the unexpected but severe anaphylactoid complications I had experienced during and following operations and the strong increase of allergic symptoms over the years.

The last diagnosis added to my growing list of rare diseases I call my own was small fiber neuropathy and dysautonomia as part of my rheumatic condition, finally explaining some of the other symptoms I have to deal with in my daily life.

Despite the amount of medical baggage I carry, I do my best to live a life as joyful, happy and productive as possible and call myself lucky to be surrounded and supported by my great friends and family.

To this day, I live with my wonderful partner and an immune system gone wild as well as disturbed mast cells near Würzburg/Bavaria and work as a naturopath in my own practice.

Although restrictions and medications are part of my daily life, I am better and much happier than I could have dreamed of being confined to my bed in 2014.

You will find contributions from interesting personalities and guest authors here, for instance: 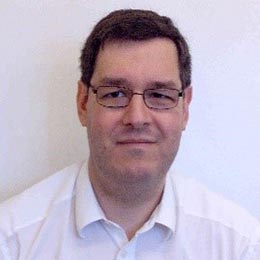 is a licensed physician. He studied medicine in Bonn, Germany, and earned additional master’s degrees in public health and health management at the prestigious University of New South Wales (UNSW) in Sydney, Australia. 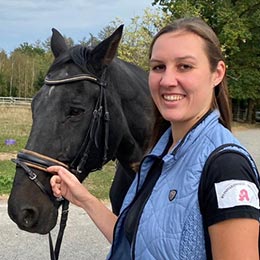 studied pharmacology and owns a pharmacy where she helps patients get the medication they need. She is also a wizard in compounding medication.

If you want to contact me, just head to the contact page. If you would like to book a consultation, feel free to check my calendar here.