In recent years the science community has developed an increasing interest in the underlying cause of diseases that are related to mast cells and their pathophysiological effects because our understanding of these has been sketchy at best.

Some of the more widely known examples include Irritable Bowel Disease and Chronic Fatigue Syndrome / Myalgic Encephalomyelitis or difficult to explain allergic symptoms. Given this new interest, there is hope that an improved understanding of the underlying processes will lead to new treatment options for those affected by these diseases. But let’s start with the basics:

What exactly are mast cells?

Mast cells are part of our immune system, more specifically, they are a subset of our white blood cells (Leukocytes) which represent the cellular defense of our body. However, only a small part of these cells is actually found in our blood and the vast majority can be found in the mucous membrane, where they are involved in a variety of metabolic processes, predominantly related to inflammatory conditions.

It is important to understand that contrary to common belief, not all inflammatory processes are negative. In fact, they are part of a normal immune response and are as such part of the defensive mechanisms our body can employ to protect itself from harm. A foreign body for example will either be eliminated if possible or – if that is impossible – surrounded by specialized immune cells that ultimately create a capsule, a kind of wall, which effectively separates the foreign body from the rest of our body.

What is meant when we speak of mast cells degranulating?

When mast cells are involved in inflammatory processes, they release certain transmitter substances. This happens in the form of tiny vesicles, which can only be seen with a microscope. These vesicles are called granules and the process of releasing those is therefore called degranulation.

Mast cells release a substance called histamine when they become activated through contact with certain viruses, bacteria, or allergens. Heat, cold as well as physical or psychological stress can also lead to mast cell activation. Hence the name of the disease – mast cell activation syndrome (MCAS).11

What kind of mediators (transmitter substances) are released by mast cells?

Upon activation, mast cells can release quite a variety of different substances. These include cytokines like TNF-alpha, interleukin-1 or -6 which have a relevant role in inflammatory diseases like rheumatoid arthritis. But it is predominantly the effect of histamine and leukotrienes which affected patients experience as symptoms.2

Histamine as a word should sound familiar if you happen to suffer from allergies. The class of drugs countering those symptoms is called antihistamines (anti = against, those drugs are directed against the effect of histamine, which causes most of the allergic symptoms). The release of histamine is the reason for the great similarity of symptoms between allergies and mast cell activation syndrome.

Other substances released by mast cells include heparin, which inhibits the clotting of blood, and serotonin.2,3

Symptoms caused by „hyperactive“ mast cells are largely defined by the chemical mediators released in the individual patient. Which systems are primarily involved depends on the extent to which the individual patient is affected, other highly individual factors, and can be difficult to predict. However, histamine appears to be the single most relevant substance for most of the observed symptoms.

Symptoms of MCAS are:

This list only contains some of the more frequently observed symptoms and is far from being complete. A single mast cell can release more than a hundred different transmitter substances (mediators) of which only a small part is currently well researched and understood.4

Some of the substances of which we have a relatively good understanding include histamine, leukotrienes, prostaglandins, tryptase, and heparin and it is, therefore, worth taking a closer look at their effects.

Histamine is probably the transmitter substance with the most recognizable effects. On our skin, it causes an itchy rash called urticaria. In places where the skin is particularly thin like lips or eyelids, it causes swelling by increasing the permeability of blood vessels for liquid- The technical term for this is angioedema (the word angio indicating the connection to blood vessels; edema is increased water retention in a tissue).

In older literature sometimes the term Quincke’s edema is used, after the German physician who first described this condition, Heinrich Irenaeus Quincke (1842-1922).

Auch die mitunter beobachteten, migräneartigen Kopfschmerzen sind vermutlich auf die gesteigerte The migraine-like headache sometimes observed in affected patients is probably caused by an increased permeability of intracranial blood vessels. Unlike in other places, the brain tissue has no room to expand inside the skull, and the increase of water in that tissue results in an increased pressure which in turn results in pain.

Diarrhea is a symptom again based on a very similar pathophysiological mechanism. Only this time the water going out of the blood vessels in the gut tissue is not staying there but is pulled into the gut lumen, following an osmotic gradient, where it increases the water content of the stool.

Severe allergic reactions which can even become life-threatening when the respiratory pathways become blocked (when edema develops in the tissue) or the circulatory system fails are caused by histamine. Experts call this an anaphylactic reaction or just anaphylaxis.5

This life-threatening condition is associated with shortness of breath and a drop in blood pressure (because blood volume is decreased by water being shifted from inside blood vessels into the surrounding tissue and vasodilation) which results in an increased heart frequency and often profound anxiety.

Difference between anaphylaxis and anaphylactoid reactions

While anaphylaxis is an allergic reaction caused by an overly strong immune response to the contact with an antigen (that is the substance to which the body reacts allergic) there is also a kind of pseudo-allergy, that is not mediated through IgE.

Without laboratory studies, the symptoms are pretty much indistinguishable from those of a real allergy and even the same mediators are released. On a biochemical level, however, the underlying immune reaction between antigen and antibody (mostly IgE) is not present.

To differentiate between those two, the term used is not anaphylactic but anaphylactoid, where the part -oid means as much as “alike”.

A typical example for such a pseudo-allergy is the reaction to non-steroidal anti-inflammatory drugs (NSAID) in patients with NSAID intolerance (AERD, salicylate sensitivity).

Prostaglandins can be released in relatively large amounts by mast cells. Depending on the specific type of prostaglandin, the effects can vary and even appear to be the exact opposite of each other. Some prostaglandins inhibit inflammatory processes, others increase exactly those processes.

Prostaglandins come into existence following complicated biochemical reactions in our body for which certain enzymes called cyclooxygenases are needed to facilitate important steps in those reactions. Two of those are known and can be differentiated, COX-1 and COX-2.

If those enzymes are inhibited – for example by taking so-called non-steroidal anti-inflammatory drugs (NSAID) like Ibuprofen, Aspirin (acetylsalicylic acid) or Diclofenac, the body can produce less prostaglandins and symptoms like headache and inflammatory reactions are supressed.

Nausea and abdominal pain as well as flushes are also related to prostaglandins and it is suspected, that they also have a role in the infamous brain fog.2

Next to the aforementioned histamine, it is especially leukotrienes which are responsible for an increase in mucous production and narrowing of respiratory pathways and bronchia. In sensitive patients, they are known to cause asthma attacks and bronchospasms.

Leukotrienes do not only have an important role in MCAS but they are also associated with other diseases like samter’s disease. Affected patients frequently suffer from severe asthma attacks, nasal polyps, and intolerance to NSAIDs.2,6 Some patients with MCAS show increased leukotriene levels for the same reason.

The complex effects caused by these mediators are known to cause not only asthma but also inflammations of the nasal sinuses (sinusitis) and a runny nose (rhinitis) without the presence of a viral infection which most frequently is associated with these symptoms.2,5

Another substance released by mast cells is the protein tryptase. It is almost entirely released by mast cells only. The first way is in continuous low doses. The second way is upon activation and degranulation of mast cells when larger amounts of tryptase are actively pushed into the bloodstream, resulting in massively increased blood levels.

It then takes hours for the level to return to the base value. This makes tryptase a valuable diagnostic marker to estimate the potential severity of a mast cell response when activating factors are present and therefore approximate the risk of a severe anaphylactic reaction. 2,4

Mediators like heparin are among those which can be released by mast cells. Heparin is well known and widely used as an anticoagulatory agent, a substance that prevents blood from clotting.

For many years it has been used and is still used by doctors around the globe in various forms and variations to prevent thrombosis, especially in patients with limited mobility (e. g. after operations).

In patients with MCAS, however, the large amount of heparin can lead to an increased risk of bleeding in various parts of the body. Most obvious are those affecting the skin, where they impose a blue or dark spot, so-called hematoma.4

Serotonin in MCAS: Responsible for sleeping troubles and brain fog?

Serotonin does not only affect our emotions but is also involved in the regulation of our sleep-wake-cycle through its metabolite Melatonin. The sleepiness and fatigue/brain fog associated with allergies and MCAS is most likely caused by a combination of different factors. However, an involvement of serotonin as part of this mechanism appears to be entirely possible. 3

Here again, the close relationship between nerve messengers (neurotransmitters) and the immune system and vice versa becomes apparent, which can also be used therapeutically, for example.

Another class of substances released from mast cells are cytokines, among those interleukin-6, interleukin-1 and TNF-alpha. All of these have the potential to cause and maintain inflammatory processes.

They become especially relevant in the context of additional diseases like rheumatoid arthritis, autoimmune connective tissue disease, or vasculitis (inflammatory diseases of blood vessels) because they are responsible for the inflammatory processes associated with these diseases.

But migratory joint inflammation and fever are also seen in patients with MCAS.4,5 Some of these substances can also trigger the activation of other mast cells, resulting in a vicious circle of self-sustaining symptoms which can be difficult to break.

The symptoms discussed above can only be a subset of the whole range of symptoms associated with MCAS because mast cells release such a wide variety of substances that trigger effects in many different locations in our bodies.

Considering the wide range of potential symptoms and their overlap with symptoms of other, sometimes acute conditions, medical professionals find it often challenging to find the link between isolated symptoms and arrive at the correct diagnosis, especially as the definition of diagnostic criteria for MCAS has not been finalized. 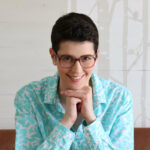 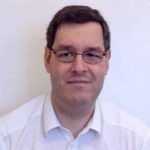 Physician, entrepreneur and behind-the-scenes advisor with wide-ranging interests from health management and public health to photography and Japanese martial arts